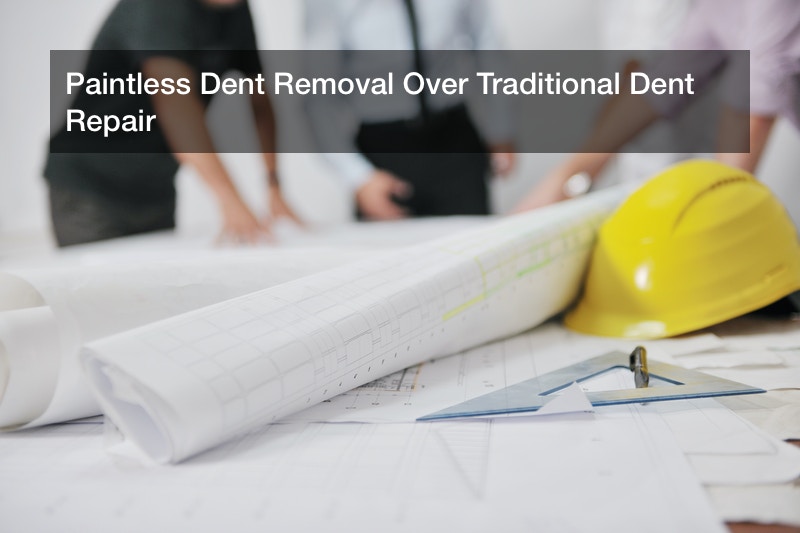 It happened again! You just wanted to take your car out for a nice drive and ended up with a dent. You forgot it was supposed to hail today and according to the National Weather Service, if hailstones are reaching 1.75 inches then it will cause damage. Fortunately, you know some people with expertise and qualifications in pdr dent removal and decide to call them up. And before you know it, your vehicle’s dents are gone, as if they were never there.

And it does not stop there. If you have intentions of eventually selling your car for a better one, traditional dent repair is going to put a serious dent, pun intended, into the resale value of that vehicle. Not to mention the process is strangely expensive considering it does not fix the issue and time-consuming.

PDR dent removal should be your go-to when you want those unsightly dents removed. This method of small dent repair utilizes gently applied force to push the dent out. Imagine taking a crushed can and pushing the dents outwards; this is what pdr dent removal does for your car.

Depending on the damage, if a trained professional can access the dent easily, they will not even have to remove large parts of your car. Common dents that appear near the rear can oftentimes be accessed by removing a tail light. Afterwards, the dent is then refinished with matching paint, if it is needed. Many dents, about 80 to 90 percent, can be repaired using this method according to experts.

Not only is it cost efficient, cutting down the projected $400 every year on maintenance, but when done right, the process can take up to two hours! This is perfect for individuals running errands in one area and don’t necessarily need their vehicle to get around. Go do a bit of light shopping while you wait.