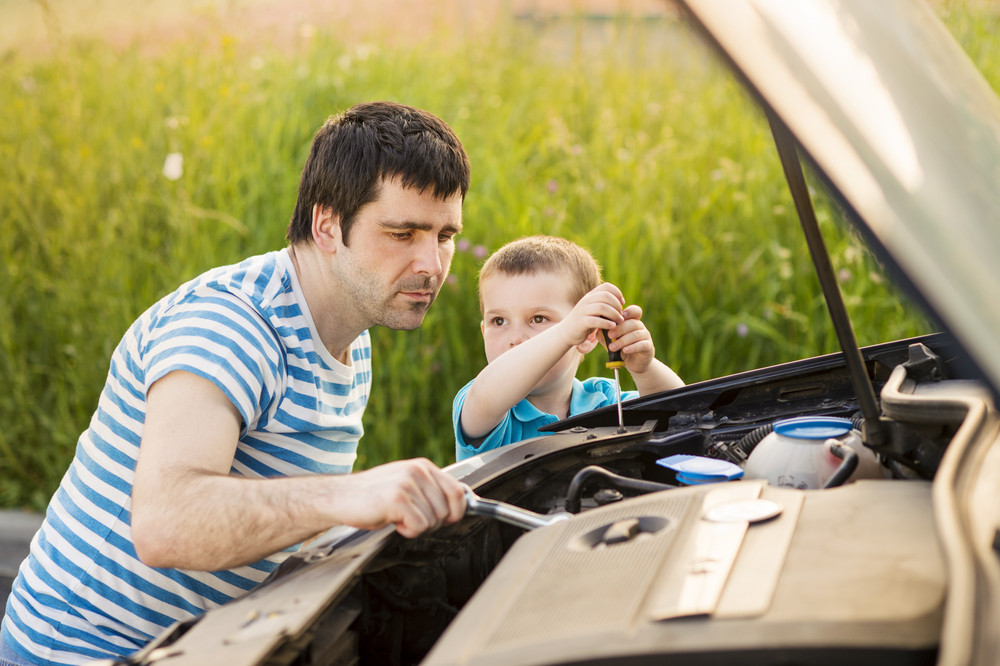 In 2014, the Anderegg family had just gone from a couple to a family of four after adopting two daughters overseas when the family car died. With no money left after two adoptions, the Andereggs told the auto shop they could not afford the more than $1,300 repair bill.

Give Back Films and Udi’s Gluten-Free Foods stepped in to surprise the couple by covering their repair bill at World Class Auto and giving them a $500 Wal-Mart gift card to help out with expenses.

The couple adjusted to scrimping and saving until the husband found work. They began rebuilding their nest egg, only to decide their daughter needed a sister. They again held fundraisers to come up with the $14,000 they lacked to bring home their youngest child.

The car died not long after the arrival of their second child and they thought they would simply have to do without a vehicle. Even with both parents employed, they did not have $1,300 extra.

Give Back Films stepped in to help and surprise the couple who thought they would need to delay repairs. The filmmakers regularly donate to various local charities and fulfill community needs as they learn of them. While they do not specialize in car repair financial assistance, many organizations do.

You should start by checking with the National Highway Traffic Safety Administration (NHTSA) to learn if the manufacturer lists vehicle’s issue among those requiring a recall. In the case of a recall issue, you take the vehicle to the appropriate dealership for free repairs. The manufacturer of the vehicle foots the bill.

Many organizations exist to help with problems just like the one the Andereggs faced. You can help others by donating funds or your gently used vehicle to a non-profit. Those in need of assistance have a multitude of options for finding grant money to repair a vehicle or an organization that assists in the acquisition of a vehicle.